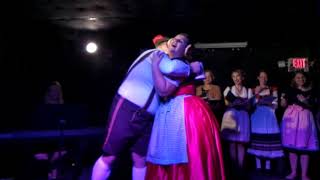 Opera on Tap performing excerpts from Boy loses Girl (in the Beer Tent) in celebration of Oktoberfest 2017.

The Stranger the Better

Part of the Act

The Eve of Waterloo

Recorded 10/08/15 by Ian DeNolfo at The Academy of Vocal Arts-Helen Corning Warden Theater, at “The Music of Richard Wagner and Liam Wade in Recital”.

Words and music by Joni Mitchell
Arranged by Liam Wade

– a song cycle for coloratura soprano

featured on the Album “Currents” by soprano Ann Moss.