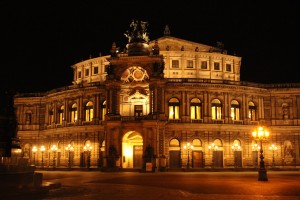 “Recuerdo” was composed in December and January of 2007 as the fourth and final song in a cycle for voice and string quartet on Edna St. Vincent Millay poems for soprano Ann Moss titled Edna Songs.

I remember writing “Recuerdo” very well. I was driving to Philadelphia after visiting friends in New York City. The words for “Recuerdo” had been playing over and over again in my head for weeks, and suddenly at that moment the melody revealed itself to me. I was on a part of the New Jersey turnpike where I had no option to pull over and write it down, but my voice recorder was handy, so I hit record and sang pretty much the entire song a cappella. When I got back to my parents’ house in Philly it was merely a matter of transcription.
In 2013, after working with Julia Mintzer on my first opera, Part of the Act, at Washington National Opera, I was feeling inspired to write for her again and we started brainstorming about on what kind of project we should collaborate next. I sent over several mezzo songs including an arrangement of “Recuerdo” which really spoke to her. She said that there might be an opportunity to perform it at Semperoper on an art song recital. With her help, I was able to shape the arrangement to really fit her voice.

It was about a year later that Julia showed “Recuerdo” to Semperoper pianist Ellen Rissinger who selected it for inclusion on the March 19, 2015 Semper Soiree concert. In an early rehearsal Ellen suggested that it would be nice to have the new arrangement include cello to preserve the inherent character of the string writing from the original. That was a brilliant suggestion. On top of that, I decided to add violin as well because I had heard Strauss’ Salome at Semperoper in spring 2014 and was completely enthralled with how the violin sections sounded in this wonderful acoustic. So this arrangement is not only inspired by my collaborators who have contributed many wonderful ideas along the way, but also the glorious acoustic of the Semperoper itself.

Read the recap of Semper Soiree at Semperoper.