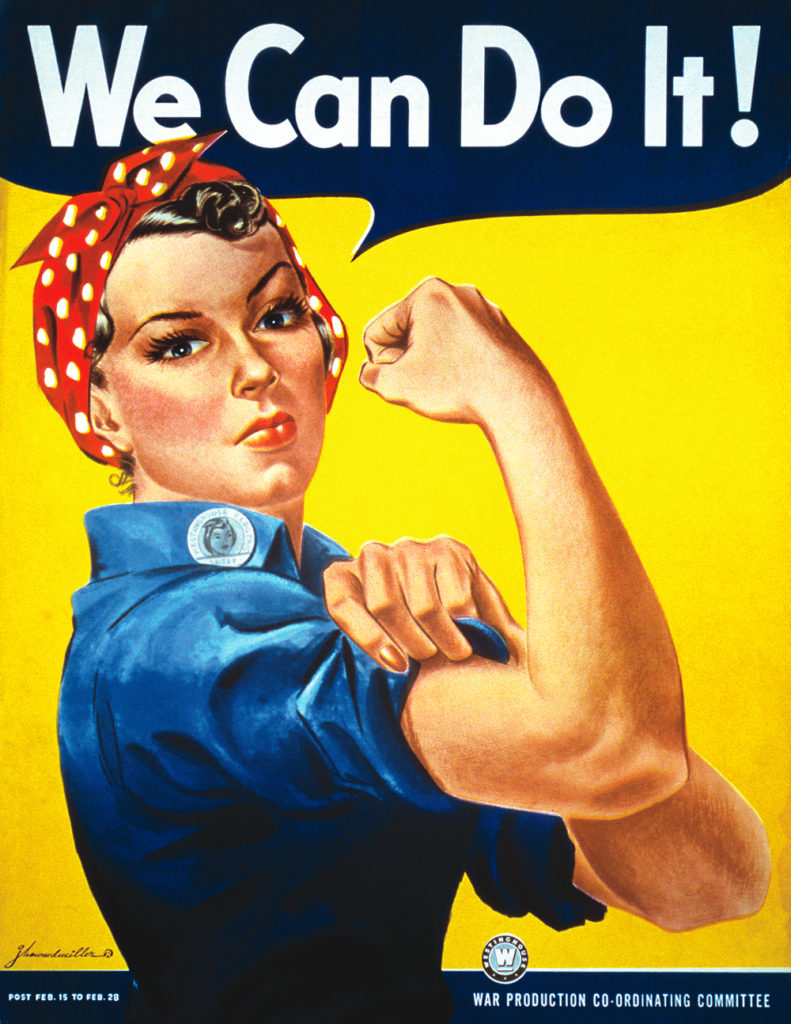 An excerpt from ROSIES was performed at Semperoper Dresden, Germany on October 19th, 2017 on Semper Soiree.

“Rosie the Riveter” is one of the most iconic propaganda images from World War II. With her red bandana and raised fist, Rosie encouraged millions of women to help the war effort by entering the work force. By 1945, more than 2.2. million women were working in the war industry, many in positions traditionally reserved for men.

1944. The factory floor of a bomber factory in Detroit, Michigan.

ROSIES follows three women working on the assembly line of a Michigan bomber factory in 1944: HELEN, a newlywed whose husband is serving overseas; DOT, an idealistic teenage feminist; and JEAN, a jaded mother of two. Despite their different backgrounds, the three have found a shared purpose and unexpected freedom through their work at the factory. With news of an unexpected victory overseas, however, each is faced with the prospect of the war ending sooner than expected. While DOT cheerfully expects the returning soldiers to accept and celebrate the new breed of working women, JEAN is convinced that everything (and everyone) will quickly return to its ‘proper’ place. Caught in the middle, HELEN worries that the war has changed them more than they even realize. . . could any of them truly go back?

The stage is set with an assembly surface (i.e. long table) and piles of assorted machinery. Costumes are factory coveralls and sensible shoes, with hair tied up in bandanas. Required props include a newspaper, JOHN’s letter, various riveting tools, and a few pieces of metal.

HELEN – light soprano – a line worker in the bomber plant. Newly married to JOHN who is fighting overseas. Well-educated but naïve. Once aspired only to marriage and motherhood, but now she’s not so sure if that will be enough. Early 20s.

JEAN – lyric soprano – a line worker in the bomber plant. Married with two small children and primary breadwinner, despite her alcoholic husband not serving. Inherently practical and deeply disappointed with her life, she hopes to help HELEN and DOT avoid the same disappointment. Early 30s. 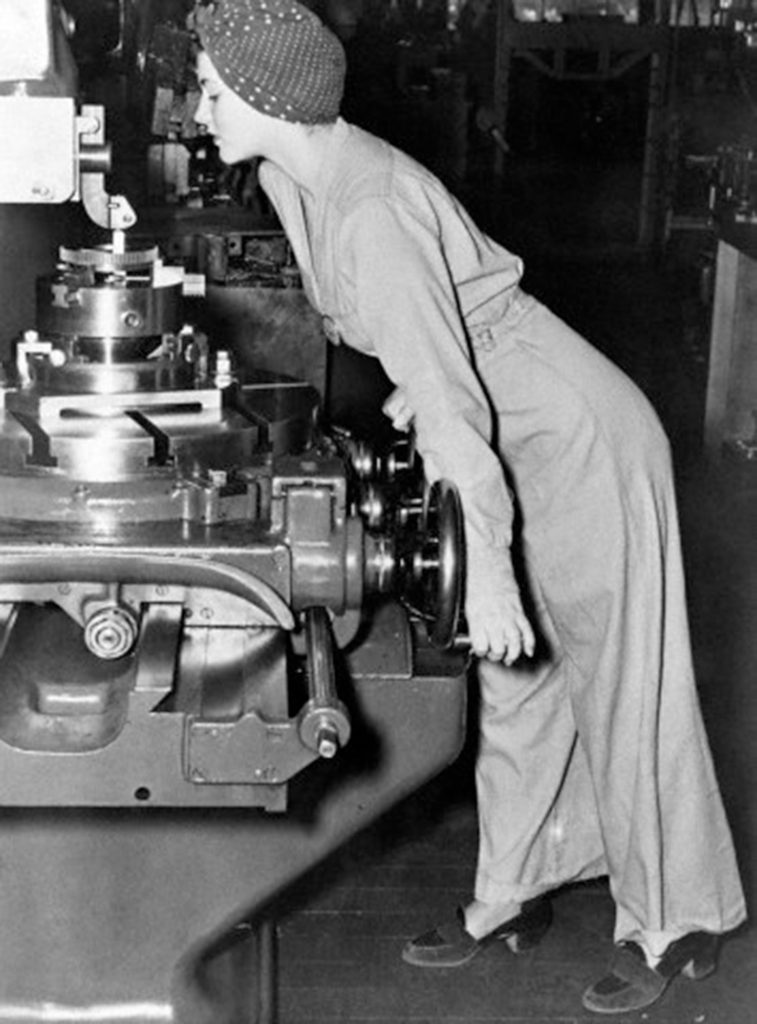 DOT – mezzo soprano – a line worker in the bomber plant. Brash and idealistic with two brothers fighting overseas. Convinced that the war will be a turning point for the ‘New Woman’ and horrified that anyone might think otherwise. Late teens.