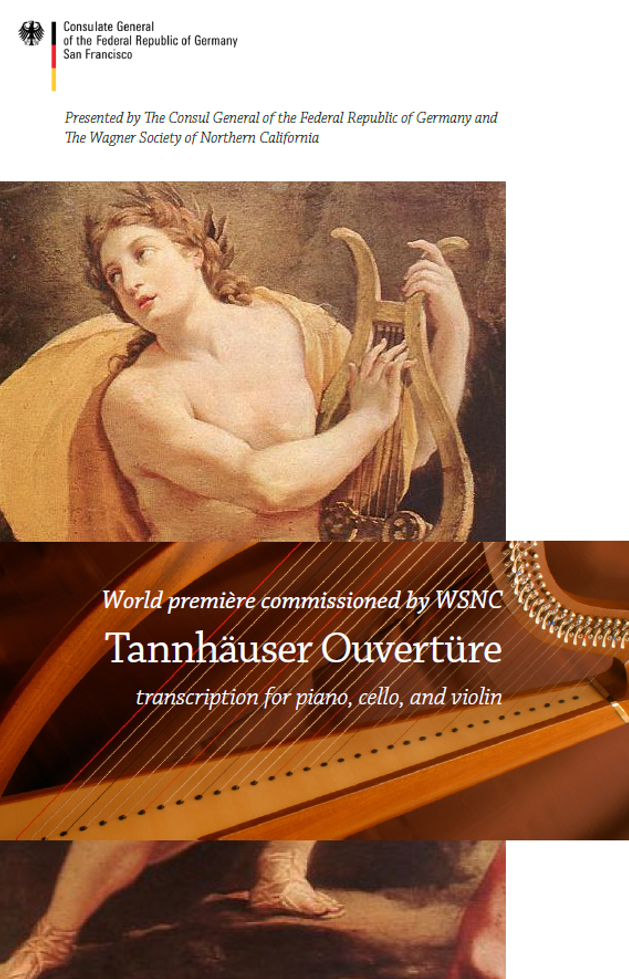 The piece had its West Coast Premiere in April 2016 presented by the Wagner Society of Northern California and the Consul General of the Federal Republic of Germany.

The Lee Trio and composer Liam Wade participated in a September/ October 2015 residency at the prestigious Avaloch Farm Institute in New Hampshire where they created a new work that premiered at the Academy of Vocal Arts Philadelphia and had a special preview performance on Simone Dinnerstein’s Neighborhood Classics series in Brooklyn, NY.

About The Lee Trio 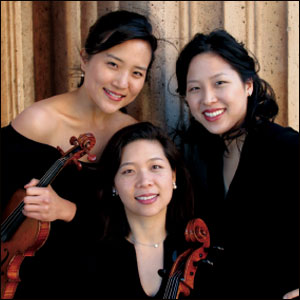 The Lee Trio is an award-winning piano trio made up of three virtuosic performers, educators and sisters from San Francisco. Since its critically acclaimed Wigmore Hall debut in 2002, The Lee Trio’s “gripping immediacy and freshness” and “rich palette of tone colours” [The Strad] has inspired and moved audiences worldwide, establishing itself as one of the premier chamber ensembles on the international stage. In addition to performing, the Trio devotes time to teaching and giving masterclasses, and frequently collaborates with living composers, most recently finishing a recording project of Jane Antonia Cornish’s piano trio, Duende, on the Delos Music label.

Avaloch Farm Music Institute provides a unique opportunity for chamber music and jazz ensembles at any stage of development, to have the time and space to work intensively on repertoire, prepare for recordings, concerts or competitions, work with composers on commissions, and forge or reconnect to a group musical identity.

These one-hour, family-friendly performances, which are hosted by Simone and feature musicians she has admired and collaborated with during her career, are open to the public and raise funds for the schools. The musicians performing donate their time and talent to the program, and the concerts are organized and administered by parent volunteers and faculty members.